Top Of The Town has a rich history in the local community. Originally constructed in 1966, around the same time as the famous Bourbon and Beefsteak Hotel, it was first known as the Top Of The Cross Motel and employed many local residents.

In the late seventies the building underwent significant refurbishment to become the Top Of The Town Motel. A first class restaurant called Four Stars was opened up on the 14th floor in March 1980 under the guidance of chef Chris Callas (The most expensive main course was $8.50!) The accompanying Bar International was a city hotspot for local residents and visiting celebrities alike. 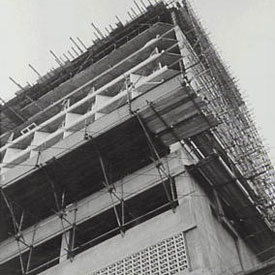 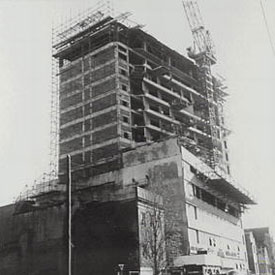 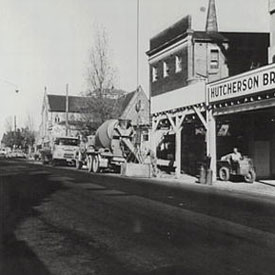 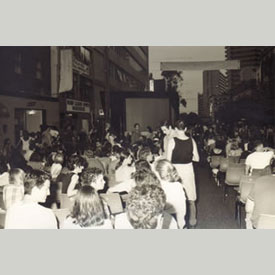 In 1980 the famous Tropicana Caffe opened on the site, in an area that was previously used as a garage. In 1993 John Polson started the ‘Tropicana Short Film Festival’ (as it was originally known) as an informal short film screening for cast, crew and friends. More than 200 people showed up for that first screening! Inspired by the turn out, John decided that a full-fledged short film festival was the next step. Tropfest featured early works from renowned Australian film makers such Joel Edgerton, Sam Worthington and Elissa Down. Tropfest soon went global and is now the world’s largest short film festival.

In 2003 Top Of The Town was redeveloped as a residential tower, following similar conversions at the Gazebo and Sebel Town House hotels in Kings Cross. It was already a cornerstone of the vanguard of modernist urban architecture in the area, but the redevelopment added two more floors and possibly the most luxurious penthouse apartment in all of Sydney. Currently the building accommodates 91 apartments whose residents appreciate the conveniences and lifestyle offered by this amazing location.